This search form uses an instant search feature. As you type, search results will appear automatically below the search field. When you've entered you desired search terms use tab to navigate through the available results and hit enter to open the selected page or document.
EDIT LEFT

CLICK ON ABOVE IMAGE FOR FREEDOM ELEMENTARY SCHOOL VIDEO 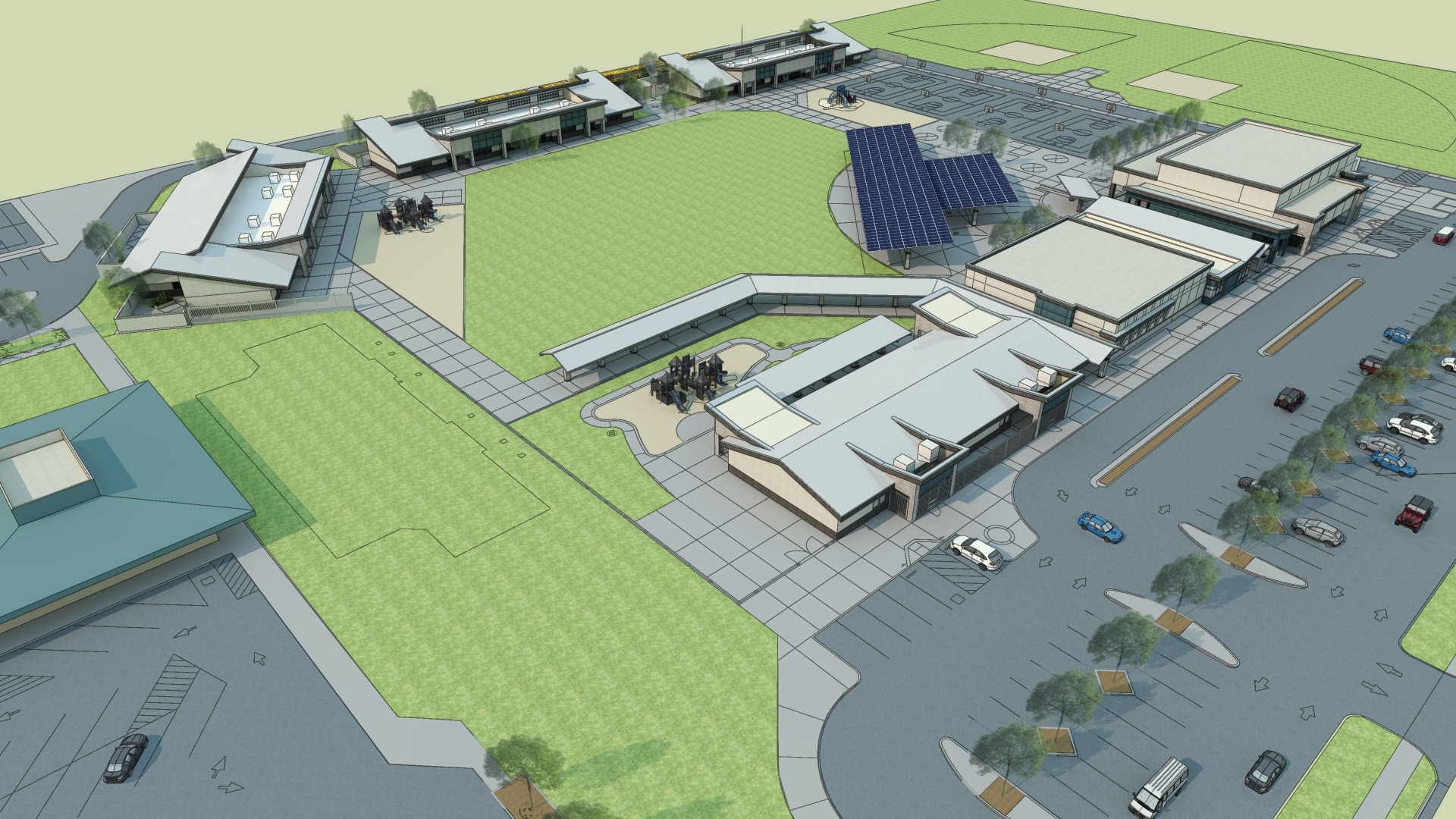 Our Lemoore Union Elementary District Board of Trustees is pleased with the support of the community in passing the District’s first ever General Obligation Bond- Measure D, during the November 6, 2018 election. As part of the passing of the bond, we will be sharing with you our progress through our district newsletters, as well as on our website under the Measure D Bond Update web page. We will include updates in order for our school district and community to be aware of the progress we are making regarding the projects associated with our bond initiative.

In the days that followed the passing of Measure D, the district and Board of Trustees have been taking steps to prepare the plans to move the bond projects forward. We will continue to dedicate this webpage to updates related to the bond projects. Once again, thank you for supporting our Lemoore Union Elementary School District! The passage of the bond ensures we can continue to serve the needs of students today and for generations to come! Thank you Lemoore community!

With the recent passage of Measure D, the Lemoore Union Elementary School District Board of Trustees approved qualified members of the community to serve on a Citizens Bond Oversight Committee to monitor how the district spends the $26 million expected from the sale of bonds over the next several years. Measure D provides that any funds raised be used for repairs, upgrades, and new construction projects at the District’s schools. The Citizens Bond Oversight Committee will be responsible for reviewing district expenditures to make sure bond funds are only used for projects specified in the voter-approved measure. In addition, the committee will keep the public informed about how the funds are being spent and will present an annual report to the district board on bond fund spending. The oversight committee is required by law to include at least seven members appointed by the school board from a list of candidates who are at least 18 and have submitted written applications.

Currently the Lemoore Union Elementary School District COC is comprised of 6 members and is actively seeking one member who is active in a bona-fide taxpayers association. 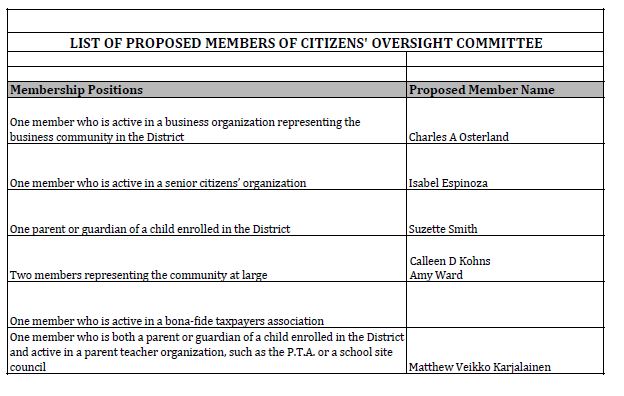 Each member serves without compensation for a term of one to two years, and no member may serve more than three consecutive terms. The committee meets up to four times a year.

Completed applications must be sent or dropped off at the Lemoore Union Elementary School District, 1200 West Cinnamon, Lemoore CA 93245 or emailed to bondoversight@myluesd.net.

About the Bond- The Board has discussed facilities needs and anticipated enrollment growth in a series of community forums and Board workshops. Those conversations, in addition to the priorities of Lemoore residents that participated in the telephone poll surveys, have assisted the Board and District staff to establish the areas of focus that bond-funded projects would include:

As part of the plan to meet the capacity needs of our growing school populations, the District will take these innovative, bold steps to support staff and students at all learning levels.

Survey Results – Isom Advisors conducted a live telephone survey with the Lemoore community, as requested by the District at the May 8, 2018 Board meeting. This was requested so that the Board and District leadership could receive input from voters related to their support of the districts need to address several facilities needs as identified as part of the Facilities Master Plan completed during the 2017/18 School year. The Board received the detailed findings of the General Obligation Bond Survey at the Board meeting on June 19, 2018. Responses received from those that participated in the survey, assisted the Board in identifying positive support for a school bond being placed on the November 2018 ballot.

Bond Measure Approved - During the first 2018/2019 regular monthly Board meeting for the Board of Trustees, on July 17, 2018, the Board unanimously (5-0) voted to approve a bond measure for the Lemoore Union Elementary School District to be on the November 6, 2018 ballot. The elections office has accepted our bond submission and we have been assigned Measure D for the 2018 election ballot.

Campaign Committee - A campaign committee has been organized to assist the District with communication and information-sharing related to the upcoming bond measure D.